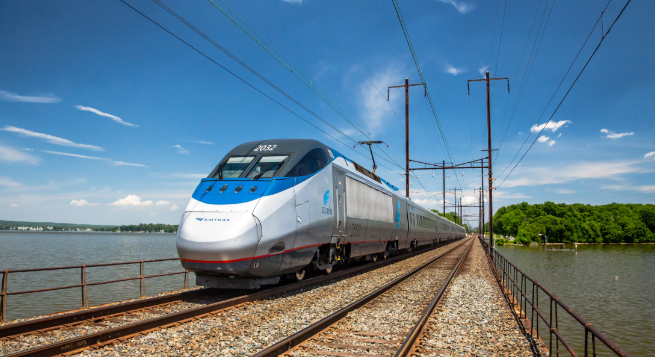 Train travel is a wonderful way to see the United States. You can sit back in a train and take advantage of its large windows and lounge cars, and savor the scenery. Although it’s slower than flying, train travel makes it possible to enjoy the countryside rolling by, rather than just seeing the inside of an airport. .

Amtrak
Amtrak is the way to go in terms of U.S. travel. Depending on the starting point, the passenger train service offers many East-West routes. Most overnight trains running west of Chicago operate with Super-liner cars. These cars have two levels, a roomy coach section with reclining seats and leg rests, sleeping cars, a dining car, and a sightseeing lounge car. Travelers have the option of paying extra for a private room or bedroom on the train, or traveling in coach. Regardless of which you choose, be sure to spend some time in the lounge car. The large viewing windows offer the best opportunities for sightseeing.

Amtrak Route: California Zephyr
One popular Amtrak route is the California Zephyr, which runs from Chicago to Emeryville, California. Billed as one of the most beautiful train trips in North America, the Zephyr passes through the Rocky Mountains and the Sierra Nevada’s. 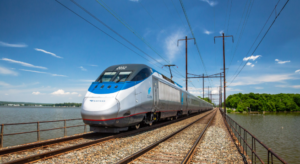 Amtrak: Empire Builder
The Empire Builder route runs across the Northwest part of the United States, from Chicago to Seattle. Its stops include Milwaukee; Minneapolis and St. Paul, Minnesota; and Portland, Oregon. Photo opportunities abound as this route takes travelers by the Mississippi River, wide open plains and Glacier National Park. 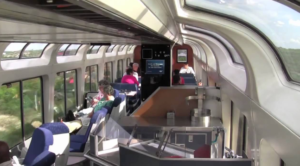 The Sunset Limited route runs from New Orleans to Los Angeles. The highlights of this train run along the southwest part of the United States: deserts; the Mexican border; Houston, San Antonio and El Paso, Texas; and Tucson, Arizona.

Build Up Faster With This