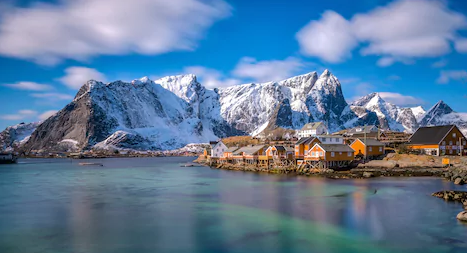 Land of Midnight Sun offers unique experiences. Norway is a land of traditions, represented by rustic wooden churches and folk dances. The children grow up listening to stories about trolls and fairies, and some adults, who don’t recognize, still believe in these fabulous creatures. Norway is also a land of waterfalls, rapid rivers, majestic mountains and glaciers, crystal-clear lakes, villages of fishermen and quiet fjords.

Norway is a mixture of ancient and modern. It’s strange and also a common thing to see a Lapp grandmother dressed in a colorful outfit with reindeer leather loafers, waiting for the plane in the Tromso airport to land. The midnight sun is famous – the city of Tromso is above the Arctic Circle where the sun never rises during winter, and never sets during summer. 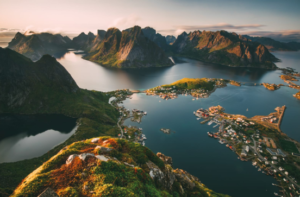 Each of the four major cities offer a special charm – Oslo is the capital and the financial center, Bergen is the former Hanseatic port and the gateway to the land of fjords, Stavanger is the central point of the oil industry and Trondheim is an old center of Christianity and, more recently, of the technical research. 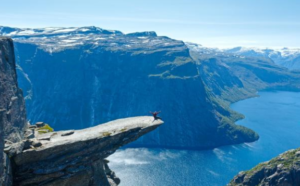 In the wilds of the great urban centers are rare beauties like Jostedalsbreen, the largest glacier in Europe. Activities that can take place outdoors are skiing, fishing and climbing.

If you are invited for dinner, be sure you leave your shoes in the hallway, especially during winter and early spring. Also they care about a tradition according to which guests must not eat or drink until they are invited by the host. Politeness in Norway is more than a matter of linguistic behavior. For example “please” is a term, which is rarely used in Norwegian. Not speaking loudly and keeping your calm is a sign of virtue. 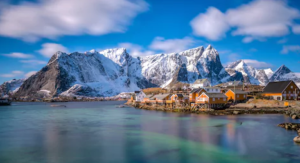 Life in Norway may seem a little bit expensive. Remember though that the average income of the residents is very high compared to the other developed countries.