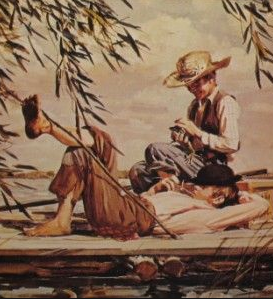 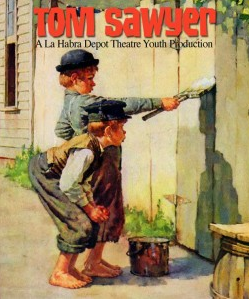 A lot of companies talk about user-generated content and crowd-sourcing from advocates, but it’s first critical to think about what motivates people to work on a brand’s behalf…

It’s now been a few weeks since SXSW 2012 and my mind has had time to digest the heapings of information just as my stomach has finally digested the most delicious brisket known to man. The tastiest morsel of learning that I keep coming back to is the talk that Dave Olson from Hoot-suite gave called “Crowd-sourcing Community Projects Like Tom Sawyer.”

The premise of Dave’s discussion stemmed from the story of Tom Sawyer convincing his friends to actually pay HIM for the privilege of painting a fence…a task that Tom was going to have to do one way or the other. He effectively got them interested, and actually yearning, to take on the work in his place through some questionable persuasion. Using this as an example of what we now call crowd-sourcing, Dave launched into an interactive presentation that outlined a few examples of his own crowd-sourcing experiences, and some good rules to live by when trying to draw others in to work with you.

True to form, Dave constantly engaged with the audience during the presentation, taking in comments, asking questions and getting people to participate in building on the discussion. Dave focused on how, unlike Tom Sawyer, who to a greater degree took advantage of his “friends”, one of the most important aspects of true crowd-sourcing should be the focus on inspiring participants.

A lot of companies today talk about accessing user-generated content or relying on groups of advocates to work on spreading messages, but it’s first critical to think about what would motivate people to work on a brand’s behalf…

We need to inspire people without manipulating them. When Dave talked about what motivated the people in his three examples, he and the audience brought up the following likely factors: 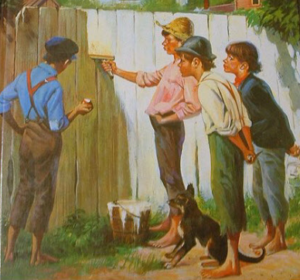 We’ve mentioned in other posts that audiences are already the ones that really “own” the brand, so if you’re ready to take the plunge into true crowd-sourcing, it’s doubly important to respect the group that you are trusting to be your advocates.

When Star Group has run programs that involve crowd-sourced support, we’ve followed a number of the rules that Dave Olson touted in his session: Thank people, make it fun for them, give them an incentive (not monetary), make it easy for them to participate.

Tom Sawyer had it close…But it’s not just about just getting people to paint your fence, it’s about admiring the work you did together.